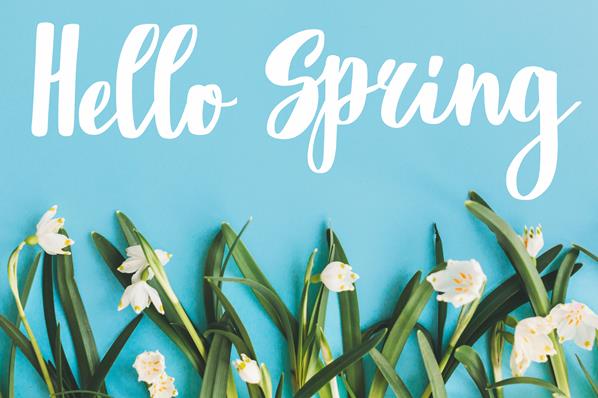 Spring, which officially begins on Sunday, March 20th is full of interesting and important holidays.

This week was the celebration of St. Patrick’s Day, an Irish holiday that celebrates the patron (founding) saint of Ireland. Patrick, at age 16, was kidnapped from Roman Britain in the late 4th century and taken to Ireland as a slave. After he escaped, he remained in Ireland and preached Christianity and started many churches and schools.  Every March 17, the anniversary of Saint Patrick’s death, the day is celebrated with parades and feasts, especially in Irish-American communities.

A fun holiday is on April 1st, also known as April Fools’ Day. On this day only, harmless pranks or tricks are played on friends, family members, or even strangers. April Fools is celebrated in 11 countries, across Europe and as far away as India and Brazil.  After the prank is completed, the prankster yells, “April Fools!” letting them know it was just a joke. Perhaps you and a friend can join in on the April Fools fun in two weeks!

Sunday, April 22 is the Christian religious holiday of Easter celebrating the resurrection of Jesus Christ, the Savior of the world. This holiday actually starts 3 days before on Friday, also known as Good Friday, which is remembering the day Jesus Christ was crucified on a cross as told in the Bible. The Bible is God’s love letter to humans about his plan from the creation of the world to sending His Son to earth to live a perfect life and die in place of people and then rise again for eternity.  Christians celebrate Easter (also known as Resurrection Sunday) as the day Jesus rose from the dead.

These days, Easter is full of pictures of baby rabbits and chicks, along with the giving of candy.  Coloring hard boil eggs with bright colored dye is another modern tradition of Easter, as well as hunting for Easter eggs outside.  Many of these Easter items come from pagan (non-religious) origins representing new life that comes in Spring. Often these Easter decorations can overshadow the importance of this celebration, which is the most important holiday of the year for Christians. The resurrection of Jesus proved His claim that He is the Son of God. Easter is for remembering God’s power of life over death. At the center of the Easter story is John 3:16 “For God so loved the world that He gave his only Son so whoever believes in Him, shall not perish but have everlasting life.” This Easter, we hope you will join your host family in learning more about the resurrected Jesus.

Watch the Because of Him video for another perspective on Easter.