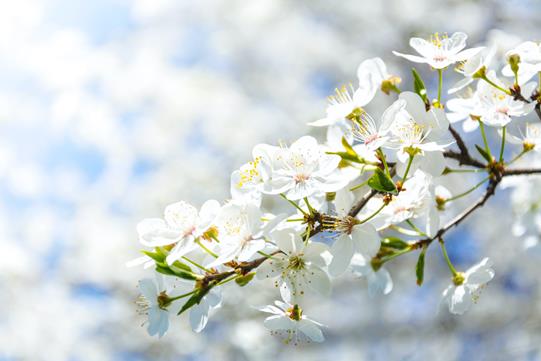 As we approach the end of April, you may hear someone say, “April showers brings May flowers.” Have you heard this saying before? On the surface, it talks about the rainy season of April giving way to the blooming of spring flowers. In our lives, this also means that difficult times or hardship bring better things, such as happiness. Proverbs are common sayings that also offer life advice. Let’s look at some other popular proverbs.

Birds of a feather flock together: People who are alike or similar spend time together.

Actions speak louder than words: What you do is more important than what you say.

A picture is worth a thousand words: An image can tell a story better than many words.

Don’t bite the hand that feeds you: Don’t hurt or anger the person who is helping you!

People who live in glass houses shouldn’t throw stones: Don’t criticize someone since you’re not perfect either.

The pen is mightier than the sword: If you are trying to convince someone of something, using words can be more effective than violence.

The early bird gets the worm: Those who get started early have the best chance of success.

The grass is greener on the other side: People always want what they don’t have.

The squeaky wheel gets the grease: The person who complains the most gets the help.

Don’t put all your eggs in one basket: Don’t risk everything going after one goal or dream, or you could lose it all…. it is better to have multiple options.

Every country and culture have their own common sayings that help teach important life lessons. Even the Bible has a book called “Proverbs,” which was written almost 2,700 years ago by a wise King, who gave us more than 900 proverbs to help us to live our life successfully. One of my favorite sayings is Proverbs 15:1, “A gentle response defuses anger, but a sharp tongue kindles a temper-fire!” Take some time to read other “pearls of wisdom” found in Proverbs in the Bible.